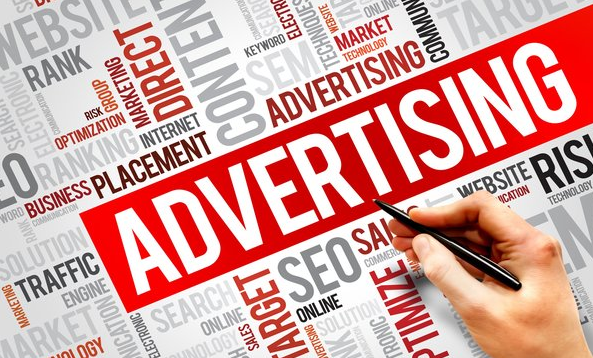 Advertisement has both advantages and disadvantages, and this guide will help you understand both. When an advertiser pays for a mass media campaign to promote a product or idea, they’re using advertising to inform, persuade or influence the target audience’s decisions.

Advertising does not target a single person, but rather a big group of individuals. That is why it is referred to as impersonal communication. The purpose of advertising is to spread the word about a product or idea. Depending on the content, it could tell us about the new functionality of our iPod or new smartphone, or it could tell us that we should get a cancer screening.

The following are some of the benefits and drawbacks of advertising:

Find out about the Pros and Cons of Advertizing

In order to evaluate the benefits of advertising, the following advantages must be considered:

From the Manufacturers’ Perspective I

When a product is well-advertised, the salesperson has an easier time promoting it to potential customers. People are more receptive to a salesman’s efforts when they are familiar with and familiar with a certain brand. A benefit of this strategy is that it helps with salesmanship by educating the audience about the product and reducing the amount of time and effort needed to persuade them to buy it.

The primary goal of a manufacturer’s advertising campaign is to increase sales of the products they are selling. Advertisement is the primary marketing strategy used to sell mass-produced goods.

Manufacturers can not only keep their present markets by running ads over and over again, but they can also grow those markets by recruiting new customers and suggesting new applications for their products. Using advertising as a supplement to sales is beneficial.

Supplementing Salesmanship: It provides a platform for salespeople to succeed. You don’t have to be an expert on the thing you’re selling in order to sell it to someone who has seen it advertised. It is for this reason that advertising makes it easier for the salesman to succeed.

Lower costs: Advertising increases sales and encourages mass manufacturing of goods, resulting in lower average production costs and larger profits. When advertising and selling costs are spread out across a larger number of sales, the average selling price likewise decreases.

Increased Dealer Interest: Advertising generates demand, which provides an opportunity for retailers to spread the word about their products to others. As a result, dubai classifieds retailers who sell advertised goods benefit financially from advertising’s efforts. Retailers don’t have to worry about increasing the sales of these items. Their interest is marketed products is higher because of this.

Quick turnover and smaller inventories are made possible by a well-organized advertising campaign, which creates an extremely responsive market. As a result, producers are able to maintain fewer inventories relative to sales.

ADVERTISEMENT: Manufacturers try to identify and advertise new possible uses for seasonal products to smooth out seasonal changes in product demand. The development of iced tea and iced coffee for consumption in the heat of the summer has contributed to a rise in the popularity of these beverages throughout the year. It’s possible that refrigeration can be compared to freezing as well.

From the perspective of the customer:

There has been an increase in product quality as a result of the use of brand names. Those who have been persuaded by an advertisement to try a product do so because they believe the contents of that brand are superior than those of competing brands.

Repeat purchase is likely if the customer’s first-time experience is positive. Otherwise, if customers lose faith in the product’s quality, sales may spike briefly before plummeting again in the future.

When a product or service is advertised, it becomes easier for customers to make purchases. Resale prices are usually announced and set in advance by manufacturers or wholesalers. This means that consumers may rest assured that they won’t be overcharged for the offered product thanks to the advertising they see in print. Convenience and confidence are afforded to the buyer.

ADVERTISEMENTS: The usefulness of a given commodity is enhanced for many people by advertising. Certain products that appear to be of more value are highlighted and paid for at a higher rate than others. Because of this, there will be a certain degree of consumer surplus in terms of enhanced satisfaction or enjoyment from these products if they are still available at their original lower prices.

Advertisement’s primary goal is to educate buyers about new items, their features, costs, and applications. It’s a dynamic principle. It also persuades people to give up their old habits and inertia in order to lead a more prosperous life.

It is now possible to maintain the retail price:

Consumers care a lot about getting consistent, high-quality products at fair rates throughout time. When it comes to budgeting, everyone has his or her unique family budget that he or she works hard at balancing with his or her spare money.

There is a risk that consumers’ personal budgets would become so skewed as a result of the price fluctuations that they will be forced to seek out products that are similar but less expensive.

For every retailer with inventory from multiple manufacturers, timely sales are essential (c). As a result of advertising, sales increase.

Increased earnings can be achieved even if the profit margin for each unit is reduced by a smaller percentage than it would have been had the company held onto its stock for a longer period of time. In addition, advertising provides a great deal of flexibility and freedom to better serve the needs of the customers.

From the Society’s Point of View:

A radical shift in motivation has occurred as a result of advertising. People of the past relied on the essential requirements of life to survive, while today’s generation is more concerned with luxuries and semi-luxuries.

As a means of sustaining their publications, newspapers, journals and periodicals look on advertisers. As a result of the lack of advertising revenue, newspapers may not be able to maintain their independence from their rivals.

Promotion of Art: ADVERTISEMENTS: Designing artists and writers to engage in creative endeavors Preparation of adverts is how they make a living.